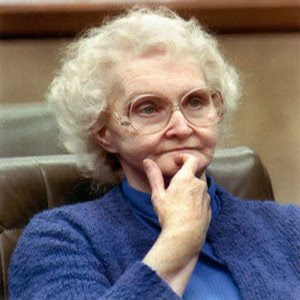 Dorothea was born in Redwood, California in 1929. Her childhood was rough, like most serial killers' childhoods. Her father died when she was eight years old of tuberculosis, and her mother died a year later in a motorcycle accident. After both her parents died, she and her siblings were split up and sent to live in difference locations. At the age of 16, Dorothea was living in Washington and was working as a hooker and in an ice cream parlor. She met her first husband, Fred McFaul, when she was 22 and the two married in Reno. Together, they had two children, and then moved to Los Angeles where Fred soon left Dorothea. She left her children to be raised by adoptive parents (Gansen, 2010).

She then began forging checks but was soon caught by the police and spent a year in prison ("Dorothea Puente"). As soon as Dorothea was released from prison, she skipped town, disregarding her probation, and married her second husband, Axel Johanson (Gansen, 2010). This marriage lasted a lovely fourteen years. She soon was arrested twice more for running a brothel and was sentenced to ninety days in jail. Upon being released from prison she divorced Johnson and entered into her next marriage with Roberto Puento. She soon discovered that Puento was a horrible drunk who spent most of his time in bars and the marriage ended after only two years. During this time Dorothea also spent time in prison for drug dealing and theft ("Dorothea Puente"). The two opened a halfway house together but by the end of their marriage, the house was closed and Dorothea had accumulated $10,000 in debt. (Gansen, 2010).

In 1976, Dorothea began managing a boarding house and then married one of the tenants, Pedro Angel Montalvo. In 1978, Dorothea was charged with forging 34 checks and was sentenced to five years probation and was forced to have a psychiatric evaluation where she was diagnosed as a schizophrenic. As more and more people started disappearing from Dorothea's halfway house, suspicions started to rise. Her first murder was Ruth Munroe, one of her first tenants. Ruth had brought over $6,000 with her when she moved in and within two weeks was dead. The coroner said that her death was caused by drug overdose (Gansen, 2010).

The murders that Dorothea committed were discovered in 1988 but her trial did not start until four years later. There were 153 witnesses and over three thousand pieces of evidence against Dorothea. Overall, Puente was accused of nine murders and charged with three of them. She is currently incarcerated at the Central California Women's Facility where she continues to claim that they each died from natural causes (Johnson, 2010).

Chelsea Lyle
I'm a sophomore at Edinboro University. I'm majoring in Psychology with a minor in Criminal Justice. After I graduate I plan to go to graduate school for Forensic Psychology.