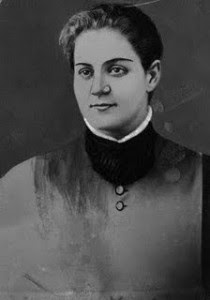 Jane was born in 1857 as Honora Kelley. Her mother died when she was just a little girl, leaving to live with her alcoholic father. After living a few years in poverty, Jane and her sister were sent to Boston Female Asylum. After a few years, Jane was adopted by Mrs. Ann Toppan, and was given her new identity: Jane Toppan. Growing up, Jane was very jealous of her beautiful step-sister and built up a pattern of lies. She moved out in 1885 to become a nurse, knowing that there was nobody who wanted to marry her ("Jane toppan: female").

The facility that Jane began to work at had very low supervision and security. Thus, Jane was free to do whatever she pleased with no risk of being caught. She soon began experimenting with drugs on the patients that she wasn't so fond of. She regularly used Morphine and atropine to kill her patients and nobody suspected a thing. This was because to everyone else, Jane was known as "Jolly Jane." She came off as being happy and so careful of her patients who she spent so much time with. Little did her fellow workers know that the time Jane spent alone in her patients room was spent filling out fake charts and bringing them in and out of consciousness with drugs. Often times, she would even get into bed with them, claiming that she got a sexual thrill from being around people near death ("Jane toppan: female").

Thirty-one patients died at Jane's hand. She often referred to herself as the "Angel of Death," a bringer of "mercy," and a provident dispenser of mortal relief ("Jane toppan", 2010). It is said that Jane adopted this strange love of death during nursing school where she developed a strange love for autopsies ("Jane toppan, nightmare," 2007). Jane worked in a few medical hospitals including Massachusetts General Hospital and also became a private nurse in Cambridge. Her services were high in demand, even though many of her patients ended up dead ("Jane toppan: female").

Jane's death brigade would soon come to an end when she began renting a home from a family named Davis. Jane didn't pay her rent and when one of the daughter's of the family came to talk to Jane, she mysteriously ended up dead. The Davis's then asked Jane to move into their home. Soon after the other Davis daughter died. The father of this family soon became very concerned about all these healthy people dying and he got the help of a Harvard Medical School graduate to come and investigate. A few months later Jane was arrested for the murder of Minnie Gibbs, one of the Davis daughters ("Jane toppan: female").

Jane's trial took place in 1902. The court listened to testimony from Jane and from doctors all claiming that Jane suffered from insanity. It was suggested that the insanity was hereditary because her father and sisters all suffered from it also. For this reason, Jane was declared mentally insane and was sent to an asylum. She died there in 1938 at the age of 84 ("Jane toppan, nightmare," 2007).

Chelsea Lyle
I'm a sophomore at Edinboro University. I'm majoring in Psychology with a minor in Criminal Justice. After I graduate I plan to go to graduate school for Forensic Psychology.